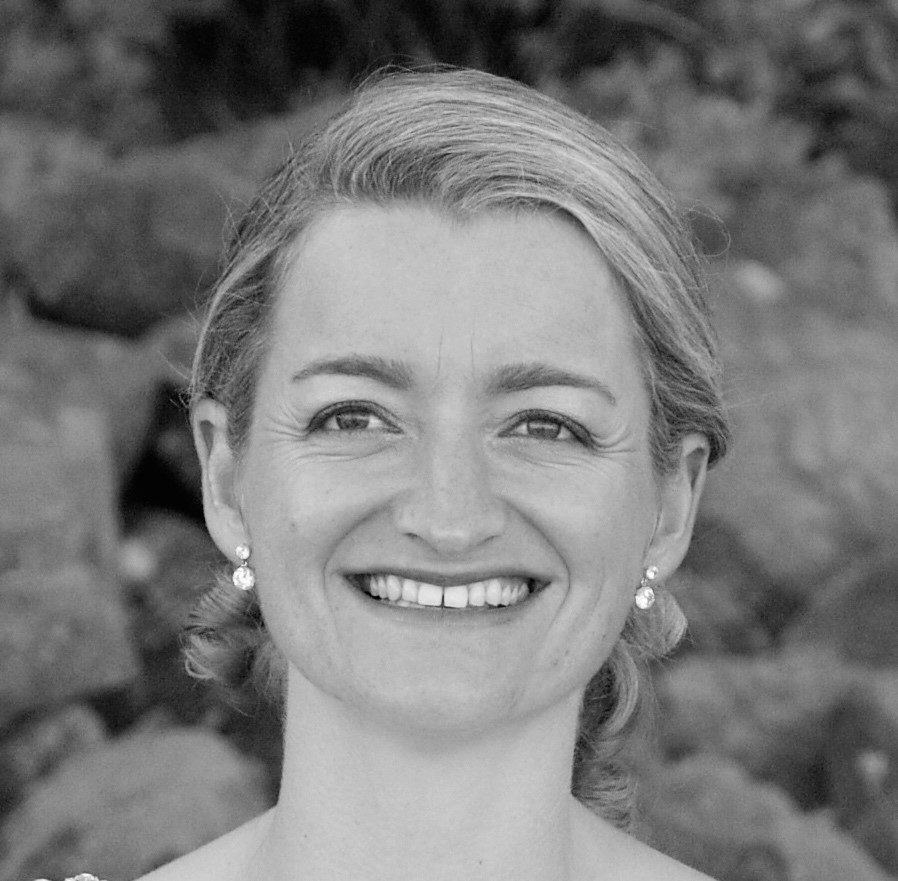 Anna was a Tasmanian until a move to Queensland for a year in 2006 resulted in marriage (to another Tasmanian), house renovation and kids. She was extremely fortunate to train at Royal Hobart Hospital and had a fabulous year in Taunton, UK prior to moving to Brisbane to complete an adult cardiac fellowship. A paediatric fellowship in Brisbane followed. A maternity locum (for a certain paediatric anaesthetist very well known to SPANZA) was her first consultant job. It was too good to leave and led to 10 very happy years at Mater Children’s Hospital in Brisbane. The opening of Lady Cilento Children’s (now Queensland Children’s Hospital) presented new opportunities, challenges and colleagues.

Anna’s work interests include paediatric cardiac anaesthesia, policies and procedures, and generally having fun at work. She’s dedicated in trying to make anaesthesia more friendly, efficient and safe. She is also involved in formal teaching and enjoys working with junior staff to encourage their learning in a clinical environment.

Pre kids she did several developing country missions with Op Smile and a voluntary locum in Tonga. She is hoping to be able to get back into that again soon. As the original guinea pig as a resident in the late 90’s (thanks Haydn) for the RSDCDC Anaesthesia course in Hobart her interest was sparked.

She has absolutely no ability at debates or being funny on stage. Her talent lies in saying exactly what she means and doing it quickly which is not often funny. 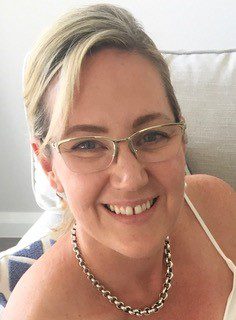 Tanya graduated from Melbourne University in 1995 and worked at RMH for 2 years before moving to Perth for love. Once there, she completed her training including a fellowship at the Royal Children’s hospital, got married, did an MBA and had two children (but not in that order!) She has worked at Perth Children’s Hospital since long before it was called that, and is now the Head of Department. Her interests are in cardiac and neonatal anaesthesia, and service improvement and redesign. She loves a gritty negotiation where everyone manages to get what they need, and she especially loves living in Perth. 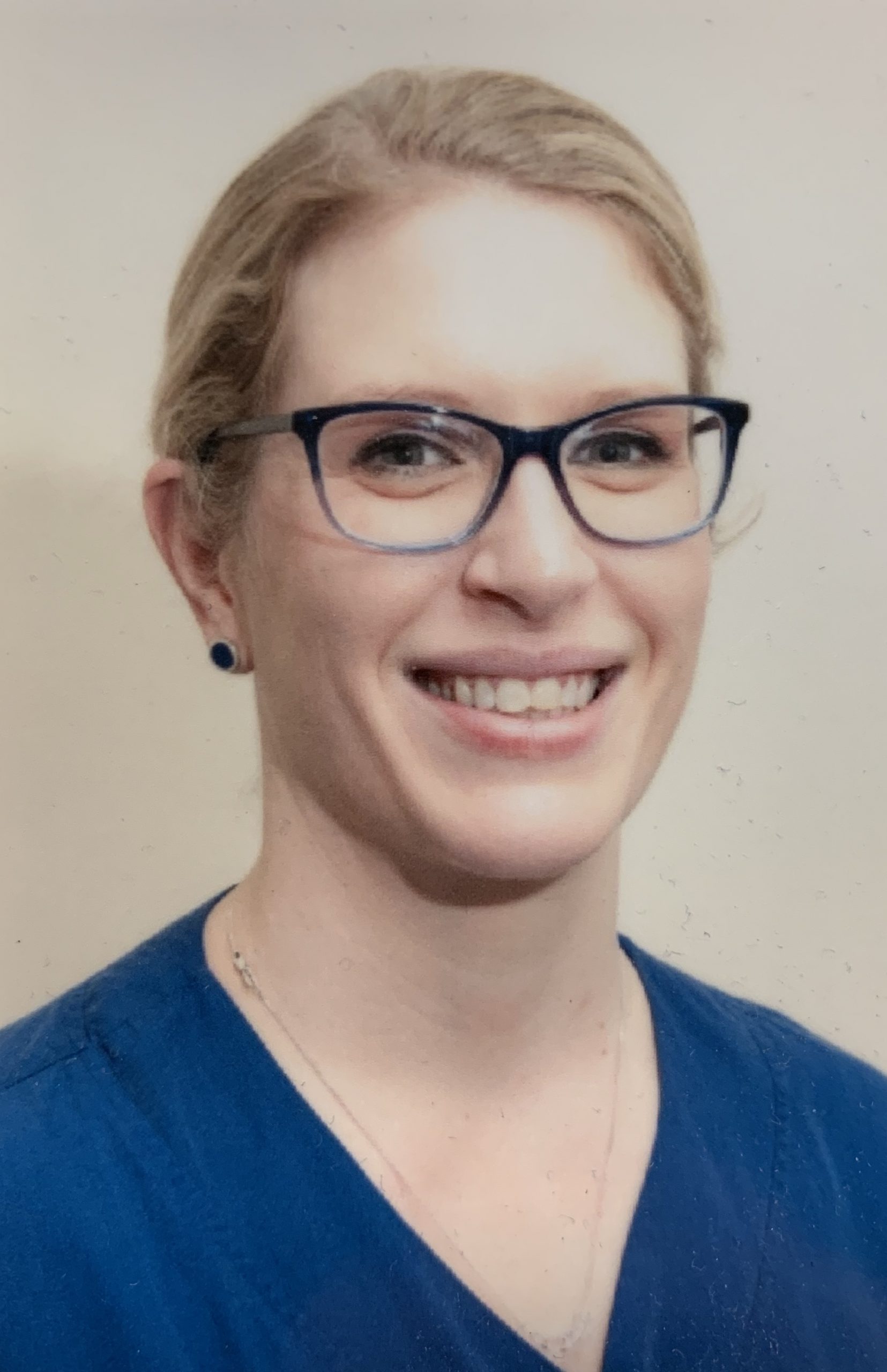 She loves her job which includes being part of the scoliosis team, running the WCH peri-operative simulation program and Chair of the WCH/SAMI Vascular Access Service Governing Group.

She is happiest when she is at the beach with her kids or scuba diving with her husband (as long as it is in warm tropical waters!) 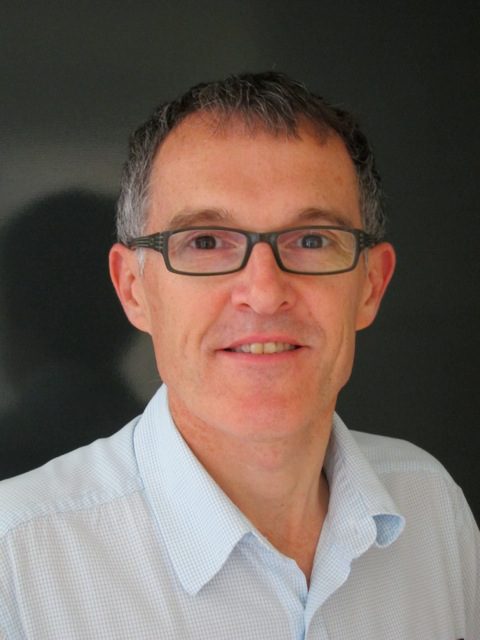 David graduated form Otago University in 1990. He worked as an RMO at Dunedin and Christchurch Hospitals. Registrar jobs in General Surgery and Emergency Medicine helped him discover that Anaestheisa was indeed – “medicine’s best kept secret”.

In 2001 he moved to Melbourne for a fellowship year in Paediatric Anaesthesia and Intensive Care at the Royal Children’s Hospital. He joined RCH as a Staff Specialist the following year and developed interests in craniofacial, cardiac anaesthesia and teaching.

David returned to Christchurch in 2005 to work in Christchurch Public Hospital, which is the South Island’s major referral centre for paediatric services. Here, he has continuing interests in medical education and paediatric pain management, as well as annual involvement in paediatric surgical aid visits to Fiji with the Pacific Islands Project.

He has recently been appointed coordinator of Christchurch Hospital‘s Paediatric Anaesthesia service and looks forward to involvement in the upcoming development of a new children’s facility in Christchurch.

His other interests include a busy family life, travel and cycling. 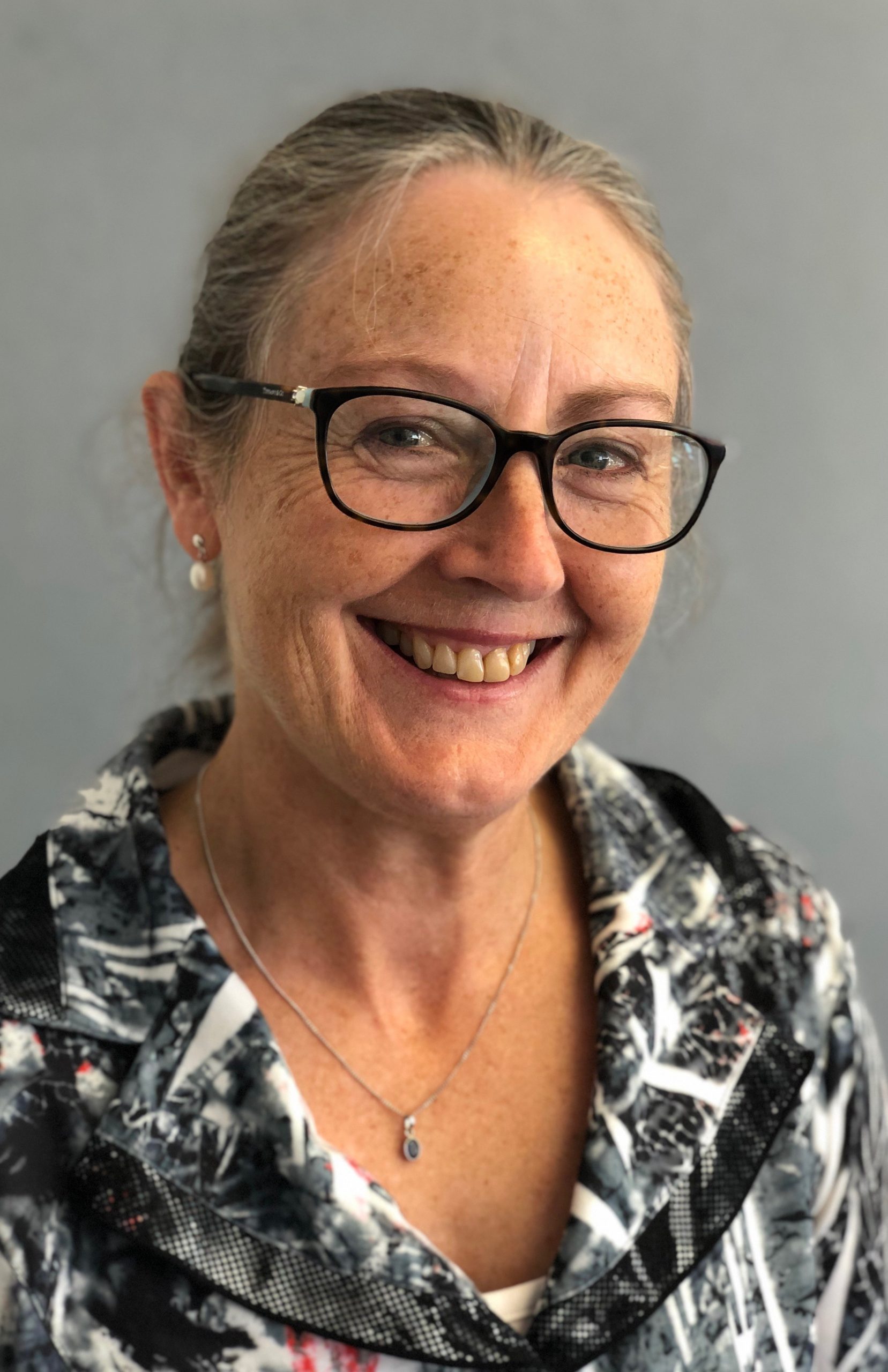 Ruth graduated from the University of Tasmania in 1985. She trained in Anaesthesia at Royal Hobart Hospital from 1988. 6 months of her training years was spent at the Royal Children’s Hospital Melbourne. Ruth commenced as a staff specialist at RHH in 1993. Ruth has held positions of Day Surgery Director from 1994, Medical Co-Director of Surgical Services from 1997 and Deputy Director of the Anaesthetic Department from 2007. Ruth has been Director of the Department of Anaesthesia and Perioperative Medicine at RHH since 2017.

Ruth has previously participated as a member of the executives of the Tasmanian ANZCA regional committee and the Day Care SIG of ANZCA. Paediatric Anaesthesia has always been a major professional interest for Ruth in the context of working in the tertiary hospital for Tasmania. Ruth has participated in the paediatric anaesthetic special interest group at RHH since its inception in the mid 90’s. This group of 4 – 6 Anaesthetists cover anaesthesia for all children less than 12 months old. She has spent sabbatical time in Paediatric hospitals in USA, UK and at RCH. 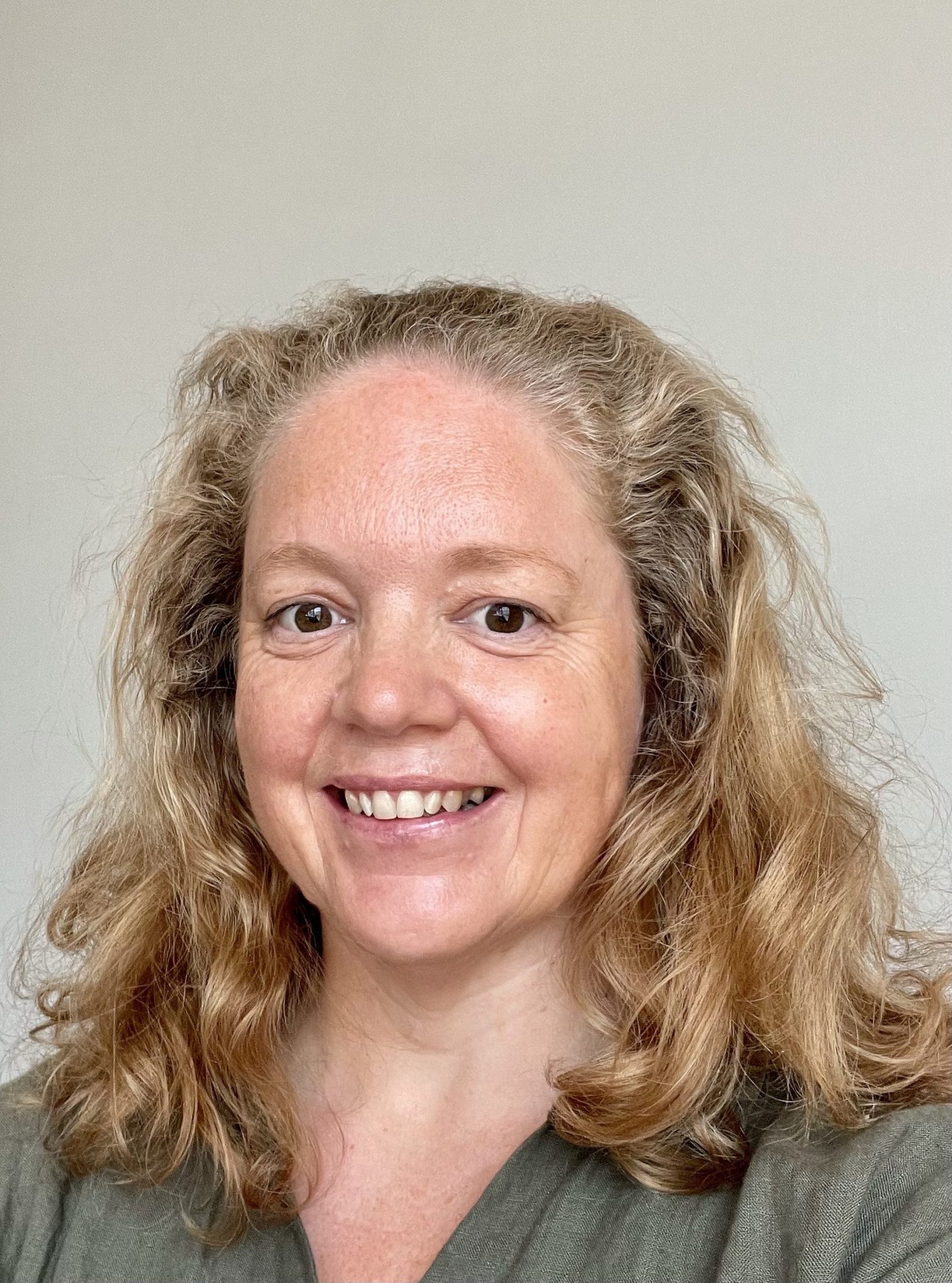 Kylie’s is part of the Quality-Assurance group at Starship and is involved in providing the weekly and on-call rosters.

Work helps to fund Kylie’s enjoyment of travel, especially to places with amazing scenery and wild-life. 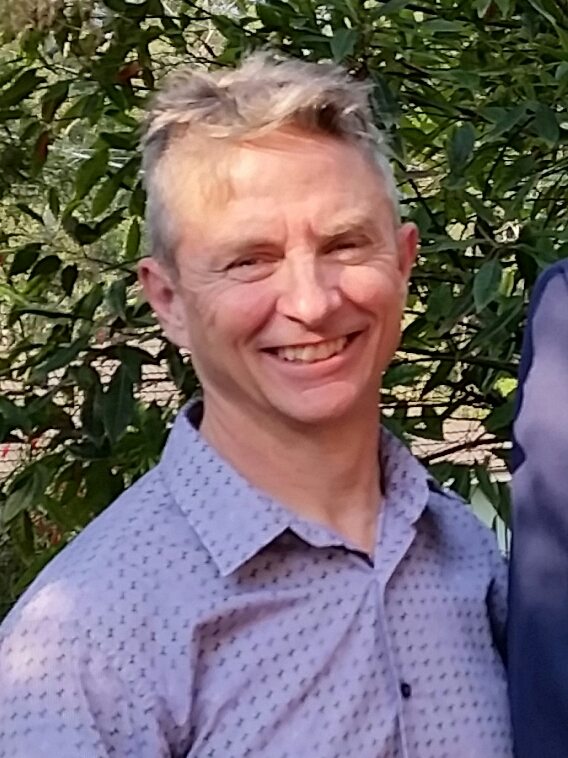 Ian spent his childhood in the Hunter Valley, NSW, before moving to Sydney long enough ago that he can no longer consider himself a country boy. Undergraduate medical school and anaesthesia training were both in Sydney, before a planned one year fellowship in paediatric anaesthesia in Calgary, Alberta turned into 4 years. At some point during this interval he ‘became’ a paediatric anaesthetist. Since returning to Sydney in 2005 he has worked full time as a staff specialist at the Children’s Hospital at Westmead.

Outside of work, Ian can frequently be found on a bike (road more than mountain these days) or skis (cross country skating or telemark).

Ben completed his medical degree (eventually) at Monash University, and spent the next 7 years at Monash Medical Centre where he completed training as an Intensive Care Physician.  Realising that physician training was only half the story he undertook anaesthesia training, completing this at The Alfred Hospital, Melbourne.

He was fortunate to be offered a locum Anaesthetist position at The Royal Children’s Hospital which became permanent when a certain Kiwi anaesthetist headed home for more challenging cycling.  Since then he has balanced an interest in critical care medicine with anaesthesia for cardiac, scoliosis and major general surgery.

Ben has furthered his skill set to include rostering and comic debates, and is looking forward to combining these interests in the first season of the hit live show “You want time off when?”